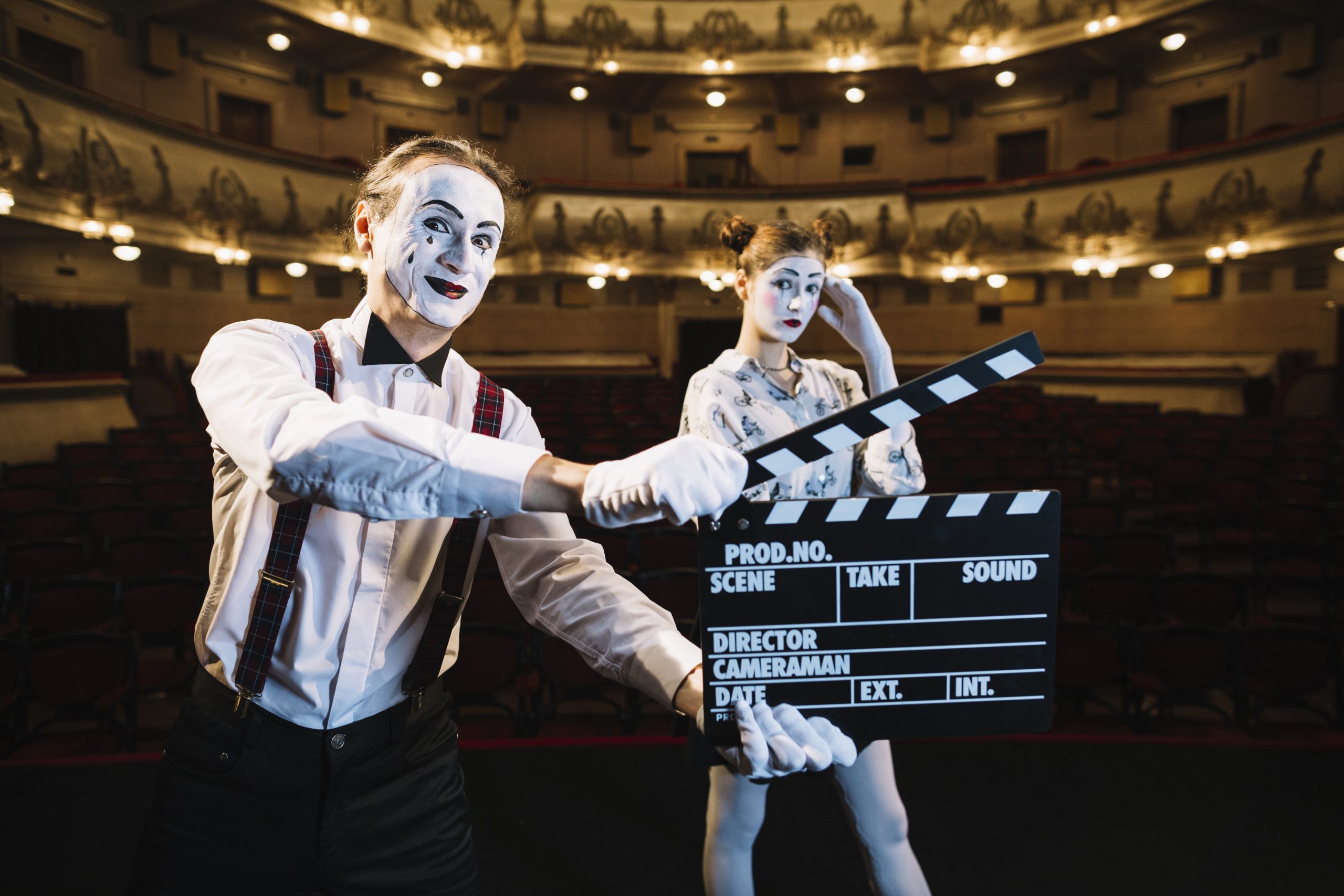 The era of digitization of content has transformed the world of media and entertainment. Consumers now anticipate more from their communications but keeping up with that demand is perplexing in the fast-moving online environment.

Media showbiz is a high-growth industry, determined in large part by the digitalization of content. Now the content produced by media can travel globally and is more readily accessible to local audiences, the demand for localized content – hence localization – is growing fast.

As the shutdowns that cascaded across the globe in 2020 proved, by hook or by crook “the show must go on”. But how does a show really keep going on when a global pandemic is hit and the show’s team members are required to preserve physical distance from one another. The social distancing due to Covid-19 has disrupted nearly every industry around the world.  As a consequence, the year of 2020 was manifest by professionals in every industry brainstorming to generate solutions to accommodate the encounters of working through the many unknowns of the pandemic.

To open up media business to new audiences and increase the revenue stream it is important for showbiz companies to localize into a particular language or for a particular locale. Localization is for that reason essentially mirrored as to be a revenue driver in the media industry. Subsequently, suppliers of language services to the media entertainment industry are determined to produce high volumes of localized content and are experiencing progression above market rate.

With the new work-from-home model, the media industry faces the challenge of recording vocal talent and implementing the localization of content. Conventionally, dubbing is a part of the production process that is very substantial in its requirement for resources. Unlike, for example, script writing or subtitling, dubbing has a core constraint of definite hardware which until now was normally only found inside of a studio. This is obviously challenging in the existing paradigm as the studios holding that hardware are rendered unreachable and the individuals involved in the dubbing process are enforced to cooperate with each other remotely. Thus began the course of constructing a system around remote recording.

The media industry is forced to adopt to the resolution of remote recording by bringing artistic directors, sound engineers, and voice talents virtually together rather than physically. In this situation the dubbing studio is brought digitally to the team rather than the team visiting the studio. The challenge in such a scenario is to work around by creating an acceptable sound quality in an imperfect environment. With no proper dubbing studio, these teams are obliged to set up dubbing systems from their homes, who are generally not expected to have such technical skills and whose talents and exertions would normally be focused more on delivering a good performance.

The idea of remote recording was just a fun notion for media producers and distributors, till Covid-19 was hit globally and the adoption of remote recording accelerated in the media and entertainment industry. But even then, the media industry as a whole was not prepared to set out to such an unruly model of dubbing. Nevertheless, lockdown trials around the sphere have enforced the industry to take action and put remote recording solutions into place.

Surprisingly, over the past year we have witnessed how the media industry quickly adopted to the remote recording studios and content suppliers adjusted to the new workflow model. Though lockdowns brought many industries to a shrieking standstill, media and entertainment companies have been having a prime during the crunch. Throughout the pandemic, people all over the world have been more and more longing for entertaining content to help survive with their boundless time spent at home. Conclusively, the necessity to find a way out to deliver a multilingual experience to viewers became more important than ever before – hence media localization is the answer!

Remote recoding comes with some challenges of dubbing. Customary dubbing entails various types of harmonization and synchronization that make it challenging for a voice talent to simply record alone from home, not to mention the technical repercussions of recording. 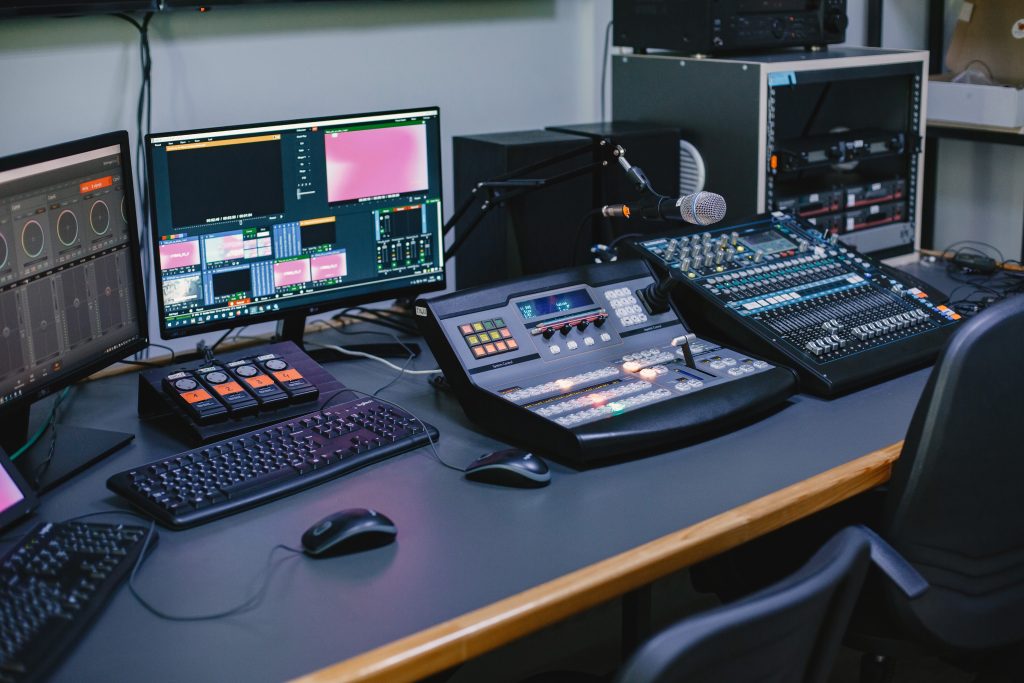 The acting element is also tougher in traditional dubbing because actors are obliged to execute different types of reactions, even implementing different voices, for different characters. The methodological requirements are also quite detailed and specific for dubbing productions — to name a few, like:  high quality microphones, soundproofed rooms, occasionally intricate audio post-production and mixing. The fact is that there is no easy way for recording from home, mainly when we talk about high-quality, multifarious productions like films, series or triple A games. Dubbing studios have been hard at work looking for a decent and easy solution to put remote dubbing into place and they are all well alert of the probable restrictions of the modality.

Other than technical restrictions (setup, security, acoustics), there’s also a human resilient element involved in this whole procedure. Dubbing is a two-way and a resourceful preparation – therefore, it’s important that all team members involved (voice talents, artistic directors, sound engineers and the like) be able to work together impeccably as if they were tangibly together in a sound studio. Furthermore, not all actors have the sufficient tools at home — or even a noiseless room where they can record — and this was another dynamic that required to be taken into account when outlining a strategy for remote recording. Additionally, in some countries remote dubbing was even disqualified by unions — both to evade discernment against voice talent without equipment and due to quality apprehensions.

The defies generated by Covid-19 pandemic have been numerous. The technologies that prohibited all-out stoppages were part of what kept content moving through the media supply chain. Remote workflows in creative production will carry on to bank on cloud-based modernizations to keep the film and television industry working securely and safely and the content quality great for the consumer – thus, “the show must go one”.